Born in Bogota in 1958, Mr. Perez holds a law degree from the Universidad de Medellin, as well as a specialization from Swiss Re Insurance, in Zürich Switzerland. He also completed the Kellogg Graduate School of Management´s CEO Management Program in Chicago (USA).

Mr. Perez took over as Chief Executive Officer of Grupo Sura, the holding company, which has become one of the most important operations in the Latin American financial services industry, that is to say, a leading player in the regional pension industry in terms of assets under management (through its subsidiary, SURA Asset Management),the fourth largest Latin American insurance company (through its subsidiary, Suramericana), the leading bank in Colombia and one of the main financial entities in Central America (as the main shareholder of Bancolombia).

He has spent his entire professional career with Suramericana, which he joined in the early 1980s. From 2003 to March 2020, he served as Chief Executive Officer of Suramericana, Grupo SURA’s specialized insurance and trend/risk management subsidiary, present in nine countries throughout the region.

He is currently a member of the Boards of Directors of SURA Asset Management, Suramericana, Bancolombia, Grupo Nutresa and Grupo Argos, all of which belong to Grupo SURA’s investment portfolio.

In Colombia, he sits on the Boards of Trustees of the Sura and Nutresa Foundations as well as Proantioquia, Consejo Privado de Competitividad, Fundación Empresarios por la Educación, Fundación Ideas para la Paz as well as the Medellín Philharmonic Orchestra. 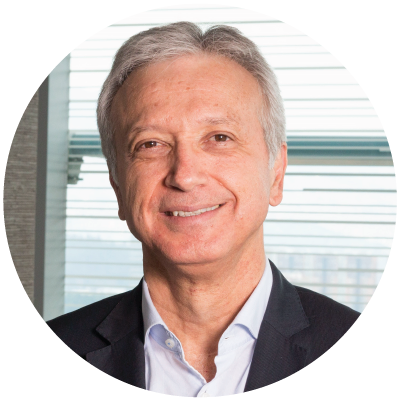