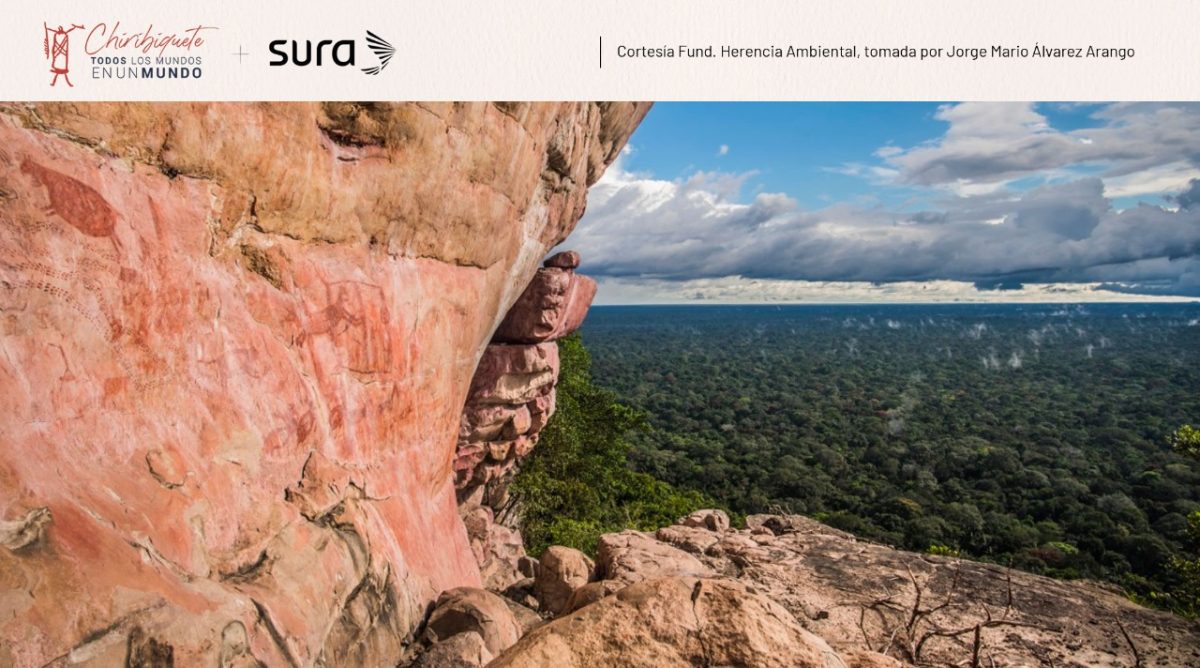 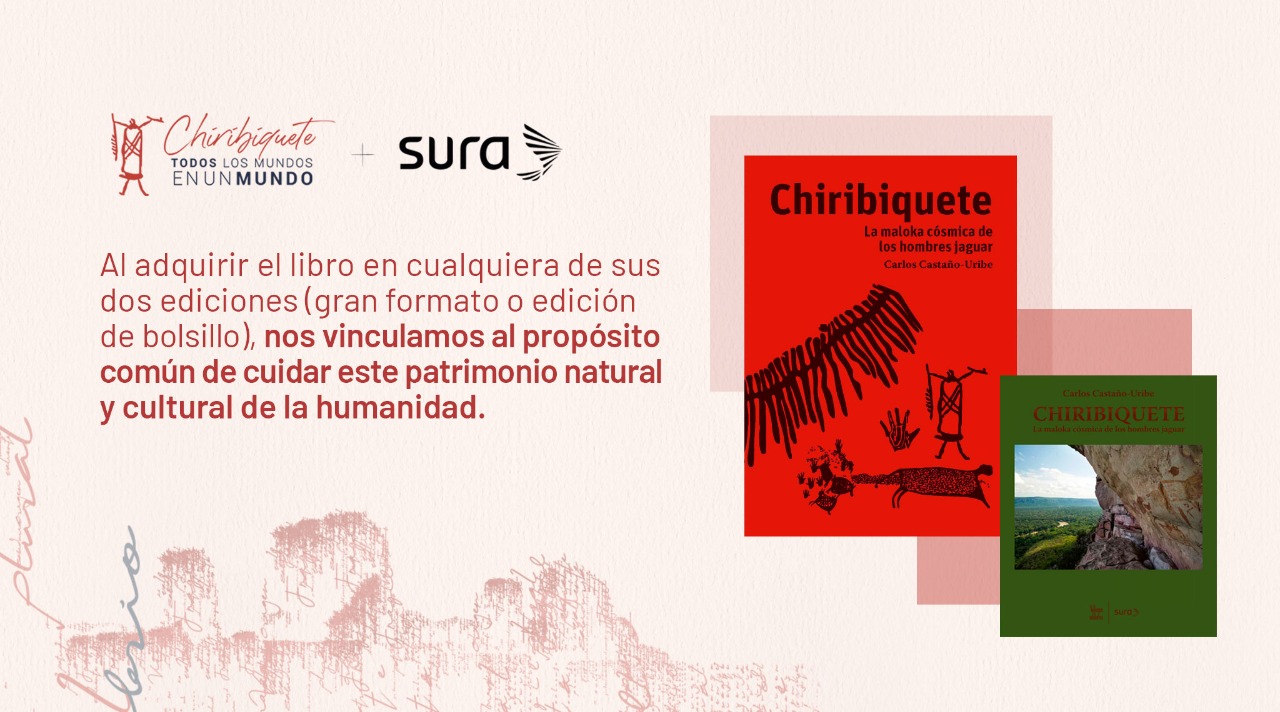 The Serranía de Chiribiquete National Natural Park is one of the best preserved natural and cultural heritages in Colombia, in addition to its great importance in the cultural appeal offered in terms of the continent’s earliest inhabitants and the indigenous people that reside in its adjacent areas.

This site, managed by Colombia's National Natural Park Authorities and preserved for centuries by indigenous tribes, can now be further safeguarded by all Colombians, thanks to their purchases of the book titled “Chiribiquete: the cosmic maloca of the jaguar men”. In its large format and pocket editions, it provides a compendium of the findings produced by three decades of expeditions in understanding the traces of Amazonian culture and the biodiversity of this protected territory that covers more than 4.2 million hectares and is located between Caquetá and Guaviare.

According to Carlos Castaño-Uribe's book, the Serranía de Chiribiquete contains 38 rock formations known as "tepuyes" that measure up to 900 meters high and on whose walls more than 75,000 cave paintings or pictographs have been documented so far, revealing the sacred character that it has represented for centuries. This setting is known by the native tribes as "the shore of the world" and is also called "the jaguars' maloca".

This investigation led by Carlos Castaño-Uribe also points out that some of these pictograms date back more than 20,000 years, according to the Carbon 14 tests that have been carried out, this coinciding with the earliest evidence of the continent´s first inhabitants. The book interprets these paintings which, at first glance, tell the millennial stories of the indigenous nomadic communities that resided throughout the Americas.

"Chiribiquete holds great mysticism and inspires much respect. We can see how much of the landscape retains its ancient forms while serving as home to hundreds of plants, animals and communities. In fact, it is one of the few almost untouched sites on Earth and shaped by the hands of our ancestral cultures, which is why it is so important that Colombians know that it is exists and that together we can guarantee its ongoing care and conservation," says Carlos Castaño-Uribe, the Scientific Director of the Caribbean Environmental Heritage Foundation (Fundación Herencia Ambiental Caribe) and author of this book.

The publication of this book, which was financed by SURA, shall go on sale soon so that those purchasing the book shall not only get to know Chiribiquete without even setting foot there, but may also help to preserve this site, since the price of the book shall be entirely deposited in a fund set up for staging awareness and conservation initiatives to protect this Natural Park that is home to indigenous peoples who prefer to live in voluntary isolation as well as hundreds of species of fauna that are under some degree of threat.

This book can be found at various bookstores, including Librería Nacional, Panamericana, Librería Lerner, 30 Éxito stores among others throughout the country as well as on line on the Villegas Editores and Mesa Estándar websites.

"This initiative guarantees the protection of the cultural venues of the indigenous tribes in the northwestern region of the Amazon, where state-run institutions have joined up to protect the natural and cultural heritage of Chiribiquete, which was declared a protected area 30 years ago and was recently proclaimed a Mixed World Heritage site. Today we are celebrating the fact that private enterprise and civil society are joining together in these protection efforts with indigenous authorities, the Colombian National Park Authorities and ICANH,” stated Julia Miranda, Manager of the Colombia's National Natural Park Authorities.

Thanks to the synergy formed between institutions such as the National Natural Park Authorities,, the Colombian Institute of Anthropology and History (ICANH) and the Caribbean Environmental Heritage Foundation, as well as with SURA’s in funding part of the research carried out, this book seeks to promote the care and awareness that Chiribiquete needs as a heritage site for the benefit of all Colombians, so that we do not need to go there to see for ourselves. This forms part of a conscientious act: the air we breathe is renewed, because the Amazon ecosystems also preserve part of the world's environmental balance.

"For Colombia, at this moment in time, Chiribiquete provides a metaphor of hope and the future, of the need to learn to take care of life, to unite around common purposes, to recognize ourselves and to build upon our diversity. We support the publication of this research, as part of our long-standing commitment to culture, with the aim of joining forces with other players in protecting the 'jaguars’ maloca', as it is called by the original inhabitants of this territory. All of us, including the State, private companies, institutions, communities and the public alike, can together contribute to these efforts which, like the air, is a vital need for all of us. This is a call that we want everyone to hear", stated David Bojanini, Chief Executive Officer of the SURA Group.

The present, past and future are all part of the same moment in Chiribiquete. Uncontacted people living in isolation, botanical species yet to be named, rock paintings thousands of years old coexist with others painted only decades ago. If there is a place where mystery and hope make up the same word, it is Chiribiquete: all the kingdoms in one single kingdom, all the worlds in one single world