SURA, Bancolombia and Protección shall be celebrating art and culture at the upcoming Hay Festival in Colombia 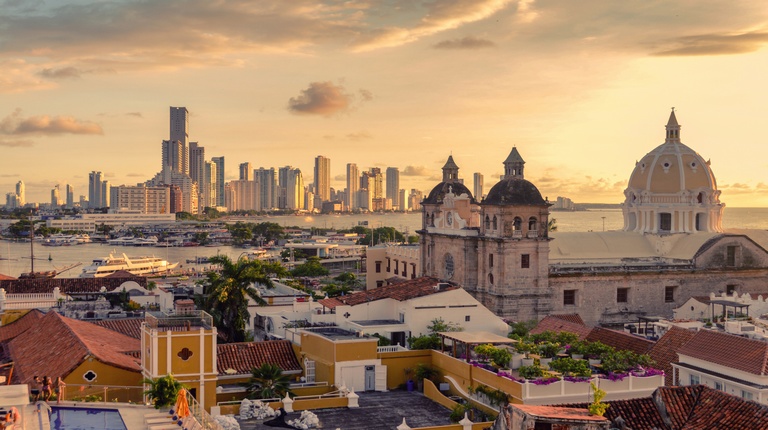 As part of our purpose of promoting and celebrating the value of culture and critical thinking as driving forces behind the development of our societies, SURA, Bancolombia and Protección have formed a partnership sponsoring seven on-line conversations as part of this year’s Hay Festival 2021. This event shall take place between January 23 and 31 in both Medellín and Cartagena.

"We, here at SURA, are very pleased to be able to form part of a partnership sponsoring the Hay Festival for the seventh year running, this being an initiative that is fully in tune with SURA’s overarching purpose to be an organization that really engages with society, listening to, talking with and encouraging two-way dialogues, so as to be able to be amply recognized as a Company that fully appreciates diversity as a way of enriching ourselves through the eyes of others and, in so doing, build collective thinking”, stated Gonzalo Pérez, Chief Executive Officer of Grupo SURA.

The seven digital events that the SURA, Bancolombia and Protección partnership shall be sponsoring, shall feature, at the Hay Festival’s digital headquarters in Medellín, the English novelist Ken Follett, author of The Pillars of the Earth, one of the most widely read novels throughout the world over past few decades, having sold 43 million copies in 33 languages.

“The current times we are living have brought about many changes and challenges that we must deal with as a society. This year’s Hay Festival, to be streamed on-line, shall allow us to reconnect with a sense of critical optimism and literary reflection, so as to be able to continue imagining what we wish our world to be and in so doing build possible futures together while we take care of ourselves and our families”, stressed Juan David Correa, Chief Executive Officer of Proteccion.

There shall also be a conversation held with the American academic Steven Levitsky, a professor at Harvard University holding a PhD in Political Science from the University of Berkeley. Likewise, the Spanish war correspondent Arturo Pérez-Reverte, who for more than two decades has covered wars in Africa, America and Europe, shall be talking with the Colombian researcher Juan Carlos Botero.

“We are convinced that the path towards a more comprehensive development of our society must be based on guaranteeing the well-being of future generations. This is precisely what has inspired us to join in with initiatives such as the Hay Festival, which calls for in-depth discussions and reflections regarding the challenges humanity is facing, this with the aim of designing roadmaps and solutions to address the social challenges affecting our planet”, concluded Juan Carlos Mora, Chief Executive Officer of Bancolombia.

Meanwhile the Cartagena digital headquarters shall be hosting a conversation with the French academic, economist and political advisor Esther Duflo, one of the 100 most influential thinkers in the world, according to Foreign Policy magazine, and winner of the Nobel Prize for Economics in 2019. Cartagena shall also be featuring the American political philosopher Michael Sandel, who shall be helping us to analyze the question about whether we are prepared as a society to face major upcoming changes.

Also, at the Cartagena digital headquarters, the Spanish writer and philosopher Fernando Savater shall be speaking with Alejandro Gaviria, rector of the Universidad de los Andes, about his most personal book yet, titled “La Peor Parte” (The Worst Part) and how the torment and grief at the death of his wife Sara was the price to be paid for a lifetime of happiness lived together.

Finally, the Panamanian singer-songwriter Rubén Blades in a conversation with the journalist Mábel Lara shall talk about his musical career now spanning five decades. Blades is a multiple Latin Grammy winner in various categories, he was awarded the Gold Medal of Merit for Fine Arts in Spain, he holds three honorary doctorates from American universities and served as the Panamanian Minister of Tourism between 2004 and 2009.

This year’s Hay Festival shall have a global reach thanks to the live- streaming of the events to be held. For more information regarding this event please visit the website http://www.hayfestival.com/cartagena/home. Here you can select and book the different on-line events to be held completely free of charge.

With these on-line activities, we have sought to maintain our engagement with the public, which has always been the hallmark of the Hay Festival, this through each of the conversations to be broadcast. Some of the program’s activities shall be streamed live via the social media accounts of our partners and collaborators. Furthermore, for all those who miss the live-streamed versions, these talks will remain on the Festival website until February 14, in the form of a free deferred coverage.

connect to the webcast