Suramericana rises as the No. 3 insurance company in the region’s Property and Casualty (Non-Life) segment 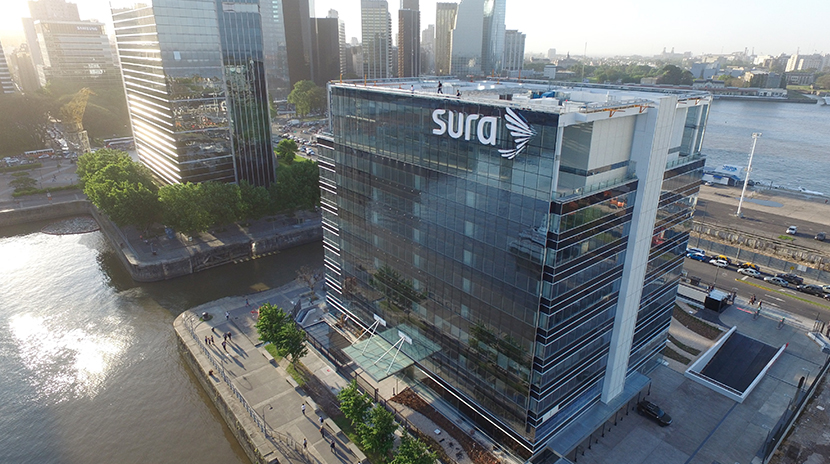 Medellín. August 27, 2020 As a company specialized in trend and risk management, with a multi-solution, multi-channel and multi-segment platform that caters to 18 million policy-holders in nine countries throughout the region, Suramericana rose from fourth to third place in the General(Non-Life) segment,  in the latest "Ranking of Insurance Groups in Latin America", published by the Mapfre Foundation, being the first of Latin American origin.

In the overall ranking of insurance groups in the region, Suramericana remained in eighth place and is fourth in terms of the Latin American insurance groups, trailing three Brazilian insurers. With a premium volume surpassing USD 4.000 million in 2019, the Company recorded a market share of 2.8%, according to the report.

"Positioning ourselves among the most relevant Latin American insurance companies has been made possible thanks to our strategy as trend and risk managers, which allows us to advance in delivering capabilities for both private individuals and companies, as well as offering a more diversified portfolio of solutions that go beyond the traditional insurance products, as  we continue to consolidate our  companies in all nine countries where Seguros SURA is present", stated Juana Francisca Llano, CEO of Suramericana.

In the Life segment, the Company is positioned as the ninth largest insurance company of Latin American origin while ranking in 17th position overall. It should be noted that the Company’s premium production in terms of value last year, was divided up between 52% in Property and Casualty and 48% in Life for a total of 16 million policies.

Suramericana has developed four lines of business for the Seguros SURA companies throughout the region, these corresponding to car, life, health care and business, where our portfolio of solutions have been diversified for both private individuals and businesses, not just for when a loss occurs or a claim is warranted, but from the standpoint of providing capabilities and knowledge that allows these to identify opportunities in terms of mobility, competitiveness, connectivity, habitat, health and autonomy.

Furthermore, higher returns were posted on the portfolios held by the Insurance subsidiaries, particularly in Argentina. Consequently, consolidated net income came to COP 292,520 million (USD 79 million*), which was 68.3% more than for the same period last year.

"These results reflect our efforts to build customer loyalty on the following three fronts: transforming our operating model; developing new solutions while re-engineering others in order to respond to the current circumstance of private individuals and companies throughout the region; while at the same time reinforcing our means of access and channels. Likewise, we have taken great care of our investment to reserves, solvency and liquidity ratios in the face of the scenarios we have projected with the current pandemic," stated Juana Francisca Llano, CEO of Suramericana.

The Latin American Insurance Market
Finally, the region’ s insurance market performed well in 2019 adding another USD 153,113 million in premiums, which was 1.7% more than at year-end 2018, according to the report issued by the Mapfre Foundation. Here, the Life segment showed a growth of 5.1%, while the Non-Life declined by 1%, this largely due to the depreciation of local currencies against the dollar, particularly in Argentina and Brazil.

About Suramericana
With 75 years of experience, Suramericana S.A. is a specialized insurance and risk/trend management company. While being a subsidiary of Grupo SURA (which holds an 81.1% stake in its share capital), it also enjoys the backing of the German reinsurance firm, Munich Re (which holds the remaining 18.9% stake). The Company is a multi-solution, multi-channel and multi-segment platform operating in 9 Latin American countries, where it strives to deliver sustainable well-being and competitiveness to each of its 18 million clients, including private individuals and companies, which are attended by nearly 22 thousand employees and 25,000 advisory personnel. The Company is known as Seguros SURA in Colombia, Chile, Mexico, Argentina, Brazil, Uruguay, Panama and the Dominican Republic, and as Asesuisa in El Salvador. Suramericana is the eighth largest insurance company in the region, in terms of written premiums, and is the fourth largest of Latin American origin.