Prensa/SURA, one of the companies that best manage human talent: Merco Colombia

SURA, one of the companies that best manage human talent: Merco Colombia 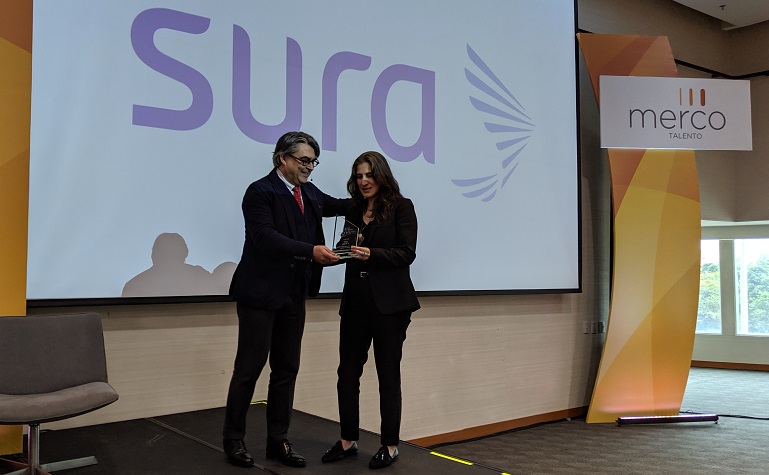 Seguros SURA Colombia ranked fifth in the latest ranking of Merco Talento, a two-position advance over the previous year in this ranking that highlights the companies in the country that lead the most effective strategies to attract and retain human talent.

This measurement allows identifying the 100 most attractive companies to work in Colombia, based on an analysis methodology that integrates various information sources, took into account about 55 thousand surveys and consults university students, workers, human resources directors, citizenship, among other interest groups.

"The results of this monitoring motivate us to continue working for the qualification of practices that promote the well-being and competitiveness of our human talent. We are convinced that we are the people who achieve the transformations demanded by today's environment, companies and, therefore, the country, "said Luz Marina Velásquez Vallejo, VP Human Talent of Seguros SURA Colombia.

The Company's focus on continuous improvement and the assessment of the "being" of the people has allowed the construction of a solid corporate culture, in which dialogue, training and knowledge management among the more than 14,000 employees of Seguros SURA Colombia.

To the outstanding performance in Merco Talent 2019, it is added to the recognition that Suramericana received, subsidiary of Grupo SURA specialized in insurance and trend and risk management, which in 2018 was ranked seventh in the list of the 25 best multilatinas by Great Place to Work.

Likewise, last year the SURA Business Group consolidated its position as the fourth best employer in Latin America, according to Forbes magazine, being the first among the five Colombian companies included in the list. The Organization also ranked 52 out of 500 listed organizations and make up the Global Forbes 2000 ranking of the World's Best Employers.