Pros and Cons of the Increasing Venezuelan Migration in Latin America 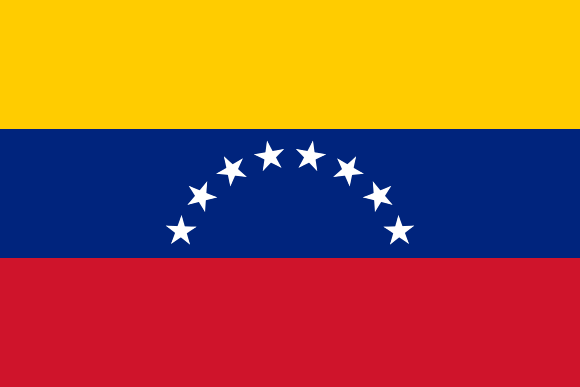 More than 5 million Venezuelans will be living outside their country by the end of 2019 as a result of the social, political and economic crisis of their homeland, according to the most recent estimates made by the United Nations (UN) and by the Organization of American States (OAS).

In this particular scenario, the first and foremost priority is to face the humanitarian crisis – a challenge for all the governments of the region – and to provide coordinated aid to the Venezuelan migrants in need of basic services.

Meanwhile, the economic impact of this phenomenon in Latin America will increase in the following months and years, keeping in mind that this migration flow is surpassed only by those caused by the armed conflicts in Syria or Afghanistan.

Given this situation, countries throughout Latin America, the U.S. and Spain have become the recipients of the Venezuelan migrants who seek better job opportunities, quality of life as well as health care services, and education.

While these figures have grown more than one thousand percent since 2015 in Colombia, Chile, Peru and Brazil, the exodus of Venezuelans could represent opportunities for the economic growth of these and other nations around the region, if managed properly. Otherwise, it could create an entirely different effect and have a negative impact on the finances of these countries.

According to the Organization for Economic Co-operation and Development (OECD), the economic mid-term effects may be positive if they complement the native labor in a synergic manner. However, if they compete for jobs, the effect can be negative.

Alberto Rodríguez, director of the World Bank for Latin America and the Caribbean, stated that “the migrants can reactivate economies in many ways: they can contribute innovation, ideas and investment alongside skills and experience”.

Studies of different countries which have made the best of major migratory waves, —such as the U.S., the European Union, Turkey or Russia – show that the impact of this phenomenon on economic growth can range from -1% to 1% of the GDP, depending on the way each exodus is assumed, and on the migratory and economic policies implemented.

With regards to the positive points, “there’s evidence of higher GPD per capita, fiscal balance, consumption and taxes per capita. Tax collections in Western Europe - after the war and exodus from Yugoslavia - increased 1.1% with the arrival of the migrants”, added María Claudia Lotero, an expert on international relations and migratory phenomena from Universidad Eafit, in Medellin.

While there are potential opportunities which the region can leverage with the migratory phenomenon, “what is certain is that, so far, it has not been done in the best way possible, given that the job market is facing local and foreign labor, which in turn has spurred higher unemployment rates in Colombia early this year”, said Germán Tesillo, expert on international economics from Universidad Externado de Colombia.

Likewise, and based on a report recently published by DANE (the National Administrative Department of Statistics of Colombia), the main occupations in Colombia for Venezuelans are in underground economies such as informal jobs, independent activities, being unemployed, and not reporting activities, which makes it difficult to make a diagnosis to improve their conditions.

Consequently, and due to the pressure on public finances due to the Venezuelan migration on programs for employment, housing, health care and education, or public utility coverage, among others, the Committee on Fiscal Rules of Colombia decided to expand the GDP deficit by 0.5% in 2019; 0.4% in 2020; 0.3% in 2021; 0.2% in 2022, and 0.1% in 2023. This means that each year $5 billion pesos will be destined to this issue, which undoubtedly impacts the financial situation of Colombia.

In other countries that receive Venezuelan migrants, such as Peru, only 0.2% of the migrants have obtained a job with all of the conditions demanded by the law, and hence, the effect on the formal sector is close to zero.

In Chile, progress has been made with the special Democratic Responsibility visa. However, there are still problems to be solved to expand formal jobs with the surge of foreigners from Venezuela.

The impact on the southern cone of Latin America has increased in the same fashion, particularly in Brazil, where the borders have been closed. On the other hand, in Argentina, the Venezuelans climbed from ranking seventh among the migrant nationalities in 2015 to ranking first in the past year, with 70,531 new residents.

With regards to this phenomenon, Nadia Pisculicci, expert on international politics from Universidad de Palermo of Buenos Aires, underlined that, although Argentina is far from receiving the number of migrants that Colombia or Peru have, many Venezuelans are attracted to cities such as Buenos Aires, Cordoba or Rosario, where their numbers are increasing.

“What’s certain is that the situation here is not the best if they seek a better quality of life. Argentina has inflation of close to 40% this year, a two-digit unemployment rate projected, and unclear migratory policies in the current government, given the particular situation that the Macri administration is facing in an election year”, states Pisculicci.

Antonio Gómez, president of the Union of Venezuelan and Colombian-Venezuelan Workers, believes that the situation is increasingly complex in the region since many highly-qualified professionals migrate but have a hard time validating their degree because they have to legalize the diploma and other documents. “On the other hand, those who arrive here short of studies, are willing to work in almost any activity, which worsens their personal situation and their families’”, he added.

In turn, Daniel Pagés, president of the Central Association of Venezuelans in Colombia, explained that the poor education of many migrants from Venezuela throughout Latin America, “multiplies their options to fall in the informal economy and land poorly paid jobs. Hence, more emphasis is needed by Latin American governments on public policies and employment policies to face Venezuela’s complicated humanitarian situation”.

Entities such as the World Bank and the IDB (Inter-American Development Bank) seek a gradual transition for the migrants and the receiving countries. Both have offered technical assistance to reduce the friction between the existing population since only with synergies can the region benefit from the massive exodus that will continue from Venezuela, as long as the democratic and institutional conditions are not restored.

*This article was prepared by the team from Valora Analitik for Grupo SURA. Its contents are merely informative and do not commit the positions or specific recommendations of our Organization.