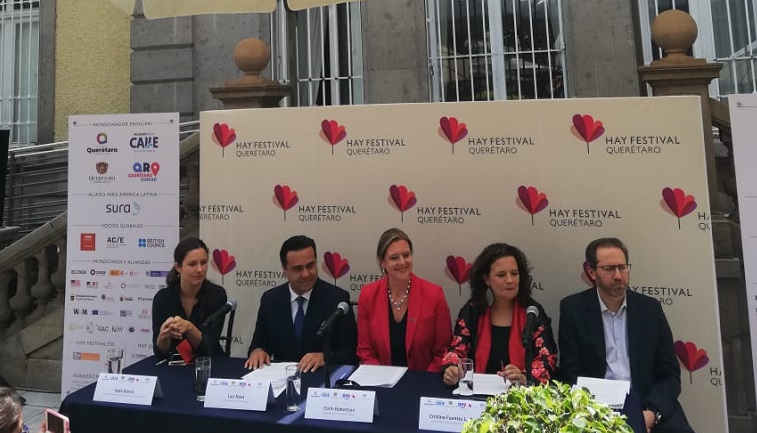 The fourth edition of the Hay Festival Queretaro will be held between September 5 and 8 in the capital of Queretaro, with more than 110 international guests from different disciplines.

This cultural event extends an invitation to understand the present, to know the literary novelties of the moment and to enjoy the best concerts, exhibitions and shows.

Scientific dissemination is present at the festival, with the Spanish Roberto Emparan, author of Illuminating the dark side of the universe, and the Mexican physicist Gerardo Herrera Corral.

In addition, the musical program of the Hay expands with exclusive concerts of great international stars in music that offer us their most intimate side in a conversation: U-God, American and member of the legendary rap group The Wu-Tang Clan, which will present his autobiography. Santiago Auserón (Spain), philosopher and vocalist of the longed for Radio Futura, presents a concert as Juan Perro. Lol Tolhurst, British and founding member of The Cure, will offer an acoustic concert.

With more than 95 activities, the Hay Festival program will fill the city with events in the emblematic spaces of downtown Queretaro, such as the Republic Theater, the Cineteca, the Guerrero Garden or the City Museum. Likewise, this year the agenda extends to other scenarios to include the children's program (Hay Festivalito) and the Hay Joven, an exclusive activity for students.