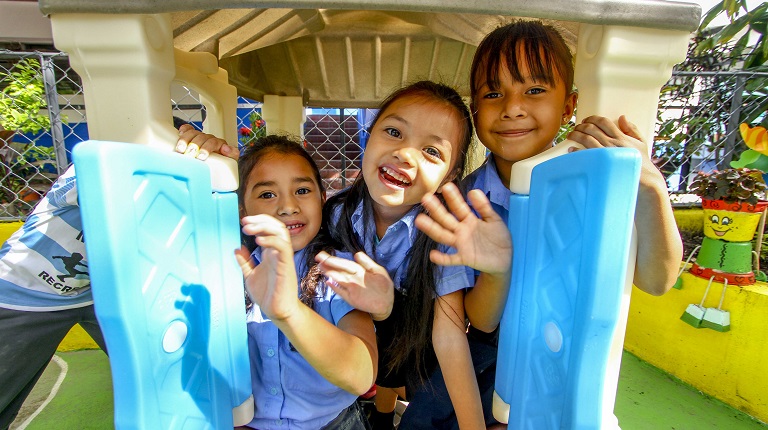 In Mexico, of every hundred children who start primary school, 77 enter secondary school and of these, only 57 go on to high school. In addition, only four out of 10 children in the sixth grade learn as expected. This is one of the main local results of the study "Learning is more: making the right to education a reality in Latin America", carried out by Fundación SURA and the Latin American Network for Education (REDUCA).

The research, released today at the launch event of Fundación SURA in the country, confirms that the region has made significant progress in access and coverage rates, but warns that there are still challenges to guarantee the right to learn.

This study gives an overview of the educational realities in 15 countries in Latin America. About Mexico, advances in access to pre-school education for girls and boys of 4 and 5 years stand out, but it is still far from getting 3-year-old girls and boys to enter school in a timely manner. Another aspect that reveals is that in Mexico less than 1% manage to be at the outstanding level in the PISA tests.

Fundación SURA arrives in Mexico, where SURA is present through its insurance, pensions, savings, asset management, and investment businesses, to contribute development and well-being to the country through projects and initiatives in education and culture.

"In Grupo SURA we are convinced of the decisive role that companies have in society, not only from business management but also as drivers of social impact initiatives in matters such as education, which is essential if we want to talk about the future, competitiveness, and sustainability. Education allows access to opportunities, which are the principle of equity, "explained David Bojanini, President of the SURA Group.

The SURA Foundation was legally constituted in 2017 in Mexico. Since then, he has led initiatives that improve educational quality, focusing on providing children and young people with tools that give them the necessary skills to develop in the current and future environment.

"We join the Fundación Televisa initiative to teach young people programming skills through the Cuantrix program. In alliance with Observa A.C. and Aflatoun, we promote social and financial entrepreneurship among children and young people to improve their communities and improve educational physical spaces to create safe environments that promote learning. Today we take another step in our commitment to educating Mexican children and young people so they can have a better future, "said Adolfo Arditti, director of the SURA Foundation in Mexico.

This year, the SURA Foundation in Mexico will continue to strengthen its social investment and ratify the commitment for the quality of education and cultural promotion with the development of its own initiatives, and promoting alliances that generate value in the territory, organizations, and communities. It will also seek to increase the number of hours dedicated to community work, based on programs and activities of Corporate Volunteering.

About the study "Learning is more"

In the research carried out together with REDUCA and Mexicanos Primero, it was sought to identify the challenges that allow governments and system actors to move from the notion of the right to access education, as a service, to the right to learn with meaning, quality and focus in 21st-century skills. In other words, it is not enough to enroll and attend school, if this does not translate into learning relevant to the current context or if the educational trajectories are interrupted.

The study highlights that this task not only requires states to comply with the obligations established in international conventions but must involve the co-responsibility of the entire society: the public, private, civil society, and families.

According to the research, one of the main challenges is to guarantee complete educational trajectories, from early childhood to higher education, by promoting accompaniment mechanisms that prevent students from being affected by socioeconomic, cultural, geographical or other factors of exclusion. , thus generating better learning environments.

The study also indicates that it is necessary to encourage the participation of students as active subjects, who should be listened to. In this proposal, the school is conceived as space where young people have the possibility to think, reflect, propose and be protagonists in their learning processes.

Another of the main challenges is to promote meaningful, pertinent, inclusive and lifelong learning that allows all people to develop 21st-century attitudes and skills and fully participate in society. The aim is to train citizens capable of making decisions, analyzing contexts in a critical manner and adapting to an increasingly changing and demanding world.