Expectations Build over Recommendations of the Capital Market Mission in Colombia 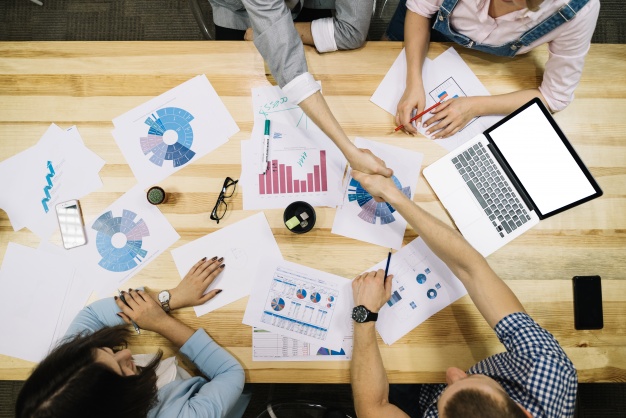 By Valora Analitik for Grupo SURA *

After several months of analysis, the results of the Capital Market Mission will be disclosed in August with the hope of identifying the elements that currently limit its growth and proposals that may boost it.

The Mission was established in October 2019 by the Colombian Government and completed its task this past June 25. It is the second time that a collegial body of experts is called on by the country.

Another mission was held in 1996 but it seems that its recommendations were not met by subsequent governments and hence, the capital market currently shows stagnation, less issuers and investors, little improvement of the stock market capitalization in recent years, and the fall of oil prices since 2014, which have hindered market performance.

For some time now, market players have requested measures to drive their development arguing that a sound economy needs this market to be deep to contribute to the country’s growth.

Consequently, the Minister of Finance, Alberto Carrasquilla, announced in early June the submission before Congress of two bills to boost the capital market; no details were given, pending the Mission’s recommendations.

Meanwhile, Iván Duque, the President of Colombia, said that the proposals of the Mission shall begin their implementation during the second half of the year.

“International evidence shows that countries able to develop their capital markets speed up their economic growth, making it more diverse and inclusive. This is why the recommendation of the Mission should be on the agenda as a long-term goal”, said the President of the Colombian Stock Exchange (Bolsa de Valores de Colombia - BVC), Juan Pablo Córdoba, member of the Market Mission’s Consulting Committee.

In fact, countries that have been able to develop a sound capital market, with a variety of issuers and good liquidity levels, have driven their economies through an offering of funding channels for innovation projects, income redistribution, and poverty reduction, and the development of the financial system as a whole.

Alberto Bernal, member of the Mission’s Directive Committee, believes it is impossible to guarantee sustainable economic development without the participation of capital markets: “The Mission’s main objective is to help markets grow and become more efficient,” he added.

In turn, José Ignacio López, who was part of the Mission’s Directive Committee, said that society as a whole needs to understand the importance of a highly developed capital market.

“This Mission’s main challenge is to include in the public agenda the benefits and potential for a country with a liquid, deep, and competitive market with many agents,” Lopez said as he explained that capital markets have been a key factor for some countries that have gone from having low-medium incomes to medium-high incomes. 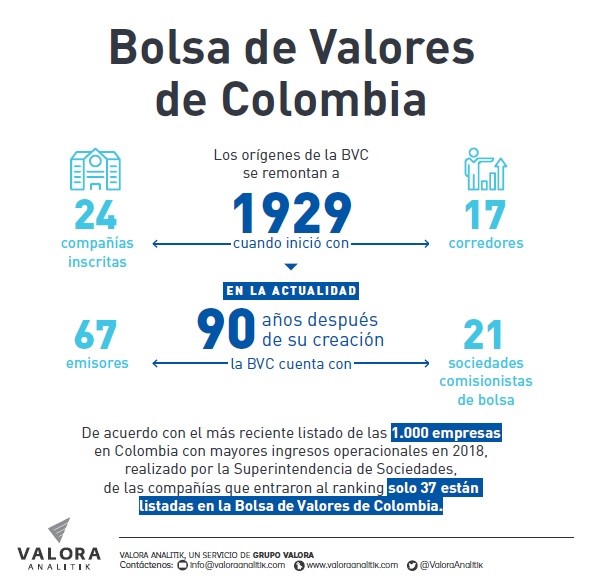 Challenges of the Colombian market

The method used to attract new issuers to the Colombian Stock Exchange (Bolsa de Valores de Colombia - BVC) is one of the key aspects about which recommendations are expected from the Capital Markets Mission final reports.

On this topic, Bernal is of the opinion that urgent actions are needed in view of the loss of investors. The president of the BVC added that the market “has become a little stagnant” and thus we need to look at that agenda for reforms and actions to change this reality.

Ninety years after its creation, the BVC has 67 issuers and 21 stock brokerage firms, increasing at only 0.47 issuers per year. Only 37 out of the one thousand companies with the highest operating revenue in Colombia are listed in the Stock Exchange, according to the Superintendence of Corporations (Superintendencia de Sociedades). This indicator shows that there is plenty of room for more companies to enter the domestic securities market.

Additional difficulties in the areas of regulation, risk aversion and market transparency, are other issues that need to be addressed according to the Mission’s proposals.

The Mission’s recommendations must also speak to initiatives for ensuring investor protection and promoting the creation of added value for the members, according to Michel Janna, President of the Stock Market Self Regulator (Autorregulador del Mercado de Valores - AMV).

“It is much better to prevent actions that hinder the market than to have to impose penalties. We want entities to see us as their allies to improve internal control, to have higher ethics among the operators,” Janna added.

About taking risks, Córdoba said that the country is risk averse which has prevented the growth of the capital market: “at the end of the day, economic growth comes from taking calculated risks, but exposing yourself to new risks so the country can grow and diversify,” he said.

Lastly, the stock market’s getting a second wind that will depend on whether it can develop more deeply to help drive the Colombian economy to the point where it can reach its potential 4.5% annual growth, as projected by the National Development Plan (Plan Nacional de Desarrollo).

Achieving this will also depend on what extent the government will implement and foster the initiatives proposed by the Mission’s experts, and those actually respond to what the local capital market needs for its development.

*This article was prepared by the Valora Analitik team for Grupo SURA. Its contents are of a journalistic nature and do not represent specific positions or recommendations by our Organization.