David Bojanini is retiring on March 31, from his post as Grupo Sura´s Chief Executive Officer. 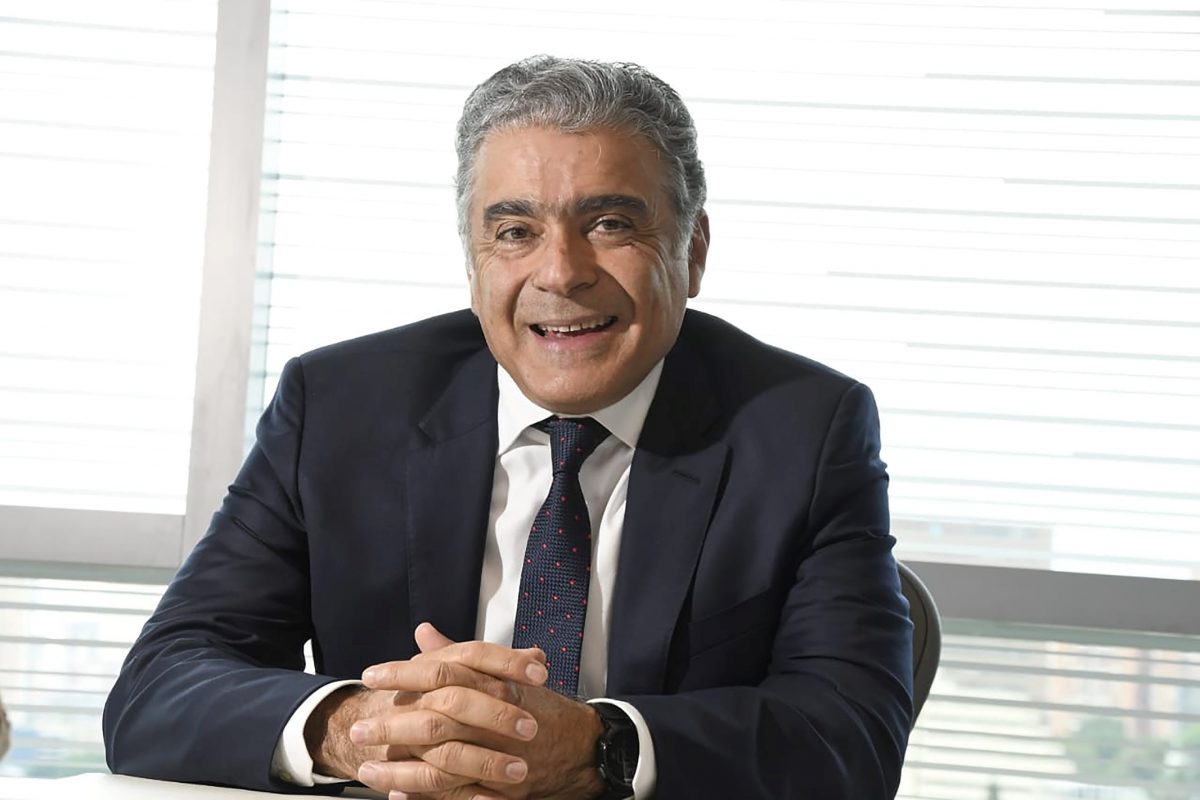 Medellín, January 30th, 2020. Grupo SURA´s Board of Directs today announced that Mr. David Bojanini García, has presented his resignation as  the Company´s Chief Executive Office, , a post  he has held since October 2006, this for the purpose of proceeding to enjoy his retirement as of next March 31st, after the Annual Meeting of the General Assembly of Shareholders. This shall bring an end to four decades of service that he has provided the companies belonging to the SURA Business Group, beginning on February 3rd, 1980 when he first joined Suramericana de Seguros (today known as Seguros SURA Colombia) as an industrial engineer starting out on his professional career.

The corresponding succession procedure is now being deployed, this based on the Organization´s corporate governance policies.

“We would like to convey our deepest gratitude for his invaluable contribution to the Organization´s profitable and sustainable development over these last 13 years, as well as his firm commitment, leadership, strategic vision together with his humanistic and social sensibilities. Doubtlessly this has helped Grupo Sura and its companies to create well-being and sustainable development for millions of citizens throughout Latin America. Our very best wishes for this new stage of his life that is just about to begin.”

During these past 13 years in which David Bojanini has led Grupo Sura, the Organization has undergone an important transformation by strengthening its portfolio of financial services, extending its growth and gaining greater international scale. During this same time frame, Grupo SURA has gone from being a holding made up of  leading companies in Colombia, to being considered one of the key players in the Latin American financial industry, through its core  subsidiaries Suramericana (insurance and risk/trend management) and Sura Asset Management (pensions, savings, investment, and asset management) as well as in its capacity as a non-controlling shareholder of Bancolombia (universal banking services).

“It has indeed been a fascinating opportunity for me to have been able to lead the transformation of this Organization as it continues to tread a strategic path towards greater sustainable growth.

Each achievement has been made possible on a collective basis, thanks to the knowledge, talent and above all the human qualities of an excellent team of staff, to whom I would like to express my deepest gratitude. After four decades of service to the Group, I look back on the positive manner in which the Organization has influenced my personal and professional formation. Here I have discovered values that I consider essential and have been able to learn from great corporate leaders, authentic representatives of a business culture based on ethics, corporate governance, sustainability, coherence, human qualities and social awareness, “  stated David Bojanini, Grupo Sura´s Chief Executive Officer.

After obtaining an MBA majoring in Actuarial Studies from the University of Michigan (USA) David Bojanini joined Suramericana de Seguros as Actuarial Manager in the 80s. In 1991,, he was tasked with bringing into being Proteccion, first for the purpose of managing  severance payments and later, in April 1993, this was extended to mandatory and obligatory pension funds. He led this Company for 15 years as it became one of the main pension fund management firms in Colombia.

In October 2006, Mr. Bojanini took over as Grupo Sura’s Chief Executive Officer. At that time it was a holding company with investments in different economic sectors operating in both Colombia and Panama, with a total of 18 thousand employees and a client base numbering 11.2 million in the insurance, health care, occupational risk, pension fund and banking sectors. Next March, David Bojanini shall be saying goodbye to an Organization with a firm strategic focus on its financial  services, a presence spanning 11 countries throughout the region, more than 60 thousand employees  and almost 53 million clients.

Over the last 13 years, Grupo Sura has tripled the value of its investment portfolio, increased by 2.7 times the equity belonging to its shareholders, which now includes a total of 482 international funds. Indeed today, Colombian workers form the majority of the Organization’s shareholders, since at year-end 2019, 29.1% of its total share capital was held by pension funds managing the retirement savings of more than 16.4 million of its members.

David Bojanini’s leadership has been plainly evident in, the transformation of the Sura Foundation, which, over the last 13 years, he has helped to strengthen its social investment strategy and overall performance.  During this time frame, the Foundation has invested a total of COP 167,135 million (USD 67.8 million) mainly in projects designed to further education, cultural activities as well as civic-building endeavors and democracy.

Likewise,  and as part of his corporate leadership and firm commitment to both Colombia and Latin America as a whole, David Bojanini has played an active role in  think tanks and other arenas for the purpose of improving  public policy-making and more socially inclusive development, these  including institutions such as Proantioquia, Fedesarrollo, Consejo Privado de la Competitividad,  Empresarios por la Educacion, Consejo de Empresarios por la Paz and Consejo Empresarial de la Alianza del Pacifico , among others.

VaxThera, a SURA Company Created in Colombia for the Research and Development of Vaccines for Latin America Grupo SURA 29 · June · 2021