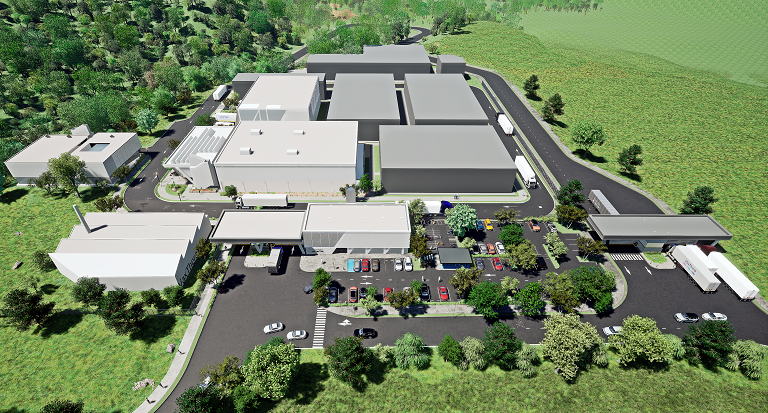 After more than 20 years without Colombia being able to produce vaccines or biologicals, VaxThera, a Colombian company expert in biotechnology, began the construction of its own plant in Rionegro, Antioquia. This shall help with the country´s independent production of both vaccines and biologicals and in so doing enhance health security throughout Latin America,

Thanks to an investment of USD 54 million on the part of Seguros SURA, VaxThera shall have its own plant boasting the highest technological quality standards in terms of vaccine research, production, distribution and product packaging, in addition to its human talent. This, in order to be able to address the different health emergencies that already exist and to be prepared for any emerging diseases that may arise.

"We are a private-sector initiative seeking to solve a challenge posed in  providing health and safety to the people of our region and for this reason, the construction of our plant will be carried out in two stages. The first shall consist of an area of 10,000 square meters that will house the fill and finish, power and toxicity laboratories, storage centers and service buildings. The second stage shall consist of integrating the production units, the administrative block and the research and development unit". Stated Jorge Emilio Osorio, CEO of VaxThera.

This production plant will not only develop vaccines to combat COVID-19 but also dengue, chikungunya, yellow fever, influenza and Zika. During the initial product development stage, different agreements are being negotiated with the Colombian Government along with different alliances with international organizations to strengthen the country´s knowledge    transfer capabilities in terms of biotechnology in accordance with the health needs for vaccine production.

Consequently, this company, at the service of people's lives and health, is developing a vaccine against COVID-19 called UNIVAX, which is designed to combat the different variants of the SARS-CoV-2 virus and has yielded excellent results in preclinical studies. "This shall be an excellent booster vaccine and we expect to reach Phases 1 and 2 clinical studies after the second half of the year," said Dr. Osorio.

Iván Duque Márquez, President of the Republic said, "We are celebrating and recognizing the business team that has worked on this initiative. We needed to accelerate our independent ability to produce vaccines within the country and maintain our sovereignty in terms of health security. Seeing this result, and the production of this plant, is a reflection of the teamwork existing between the public and private sectors, in addition to acquiring the required technology and innovation for preserving life".

About the Production Plant

The plant´s design complies with local and international regulations governing Good Manufacturing Practices (cGMP): INVIMA, FDA and EMA certifications. It is located in the municipality of Rionegro, Antioquia, on a plot of land covering a total of 35,000 m2 , 10,000 m2 of which correspond to the area to be built on during the first phase.

During this first construction phase, priority will be given to the formulation and Fill-and-Finish areas together with those of the liquid formulation and subcomponents. Also, the storage center and warehouse, quality control and assurance laboratory, potency and toxicity laboratory, technical services building, employee services building, user operator, security and administrative building, where an estimated 100 million doses per year are to be produced. For Phase two of the Research and Development Unit, the second production line is to be built for formulation and Fill-and-Finish purposes as well as lyophilized products, pre-filled syringes and vials; as well as production blocks with multiple production technologies; for an estimated production of between 200 - 250 million doses per year.

"VaxThera will give us that first indication that in Colombia it is indeed possible to  move towards a more inclusive public health , which through the State itself as well as the private sector, can ensure a special and essential form of protection for all Colombians," said the Minister of Health, Fernando Ruiz Gomez during the event.

The stage of construction will be underpinned by ethical and environmental considerations, responsible waste management and other environmentally friendly practices. With this, VaxThera will create more than 500 jobs in the Department of Antioquia while promoting the specialized skills and human talent available in the country, making Colombia an epicenter of knowledge, development and innovation in the production of biologicals.


About VaxThera
VaxThera is a science-focused Colombian company dedicated to the research and development of biologicals for the entire world. The Company seeks to create greater health care independence through research, development and innovation in biotechnology and health. VaxThera came into being thanks to the combined efforts of SURA and world-renowned researchers in the field of biotechnology and human health. The Company is led by a team of staff with more than 30 years of experience in researching and developing biologicals. 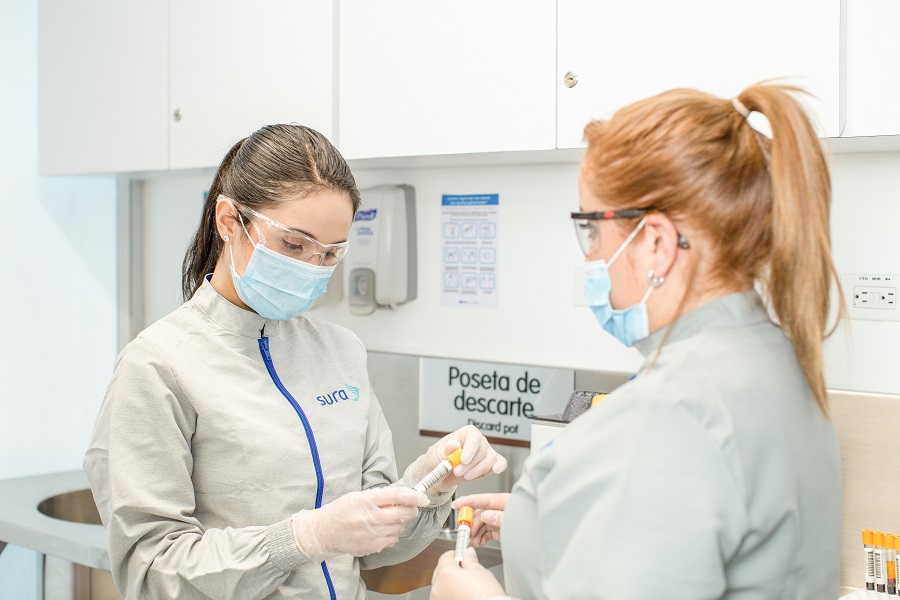 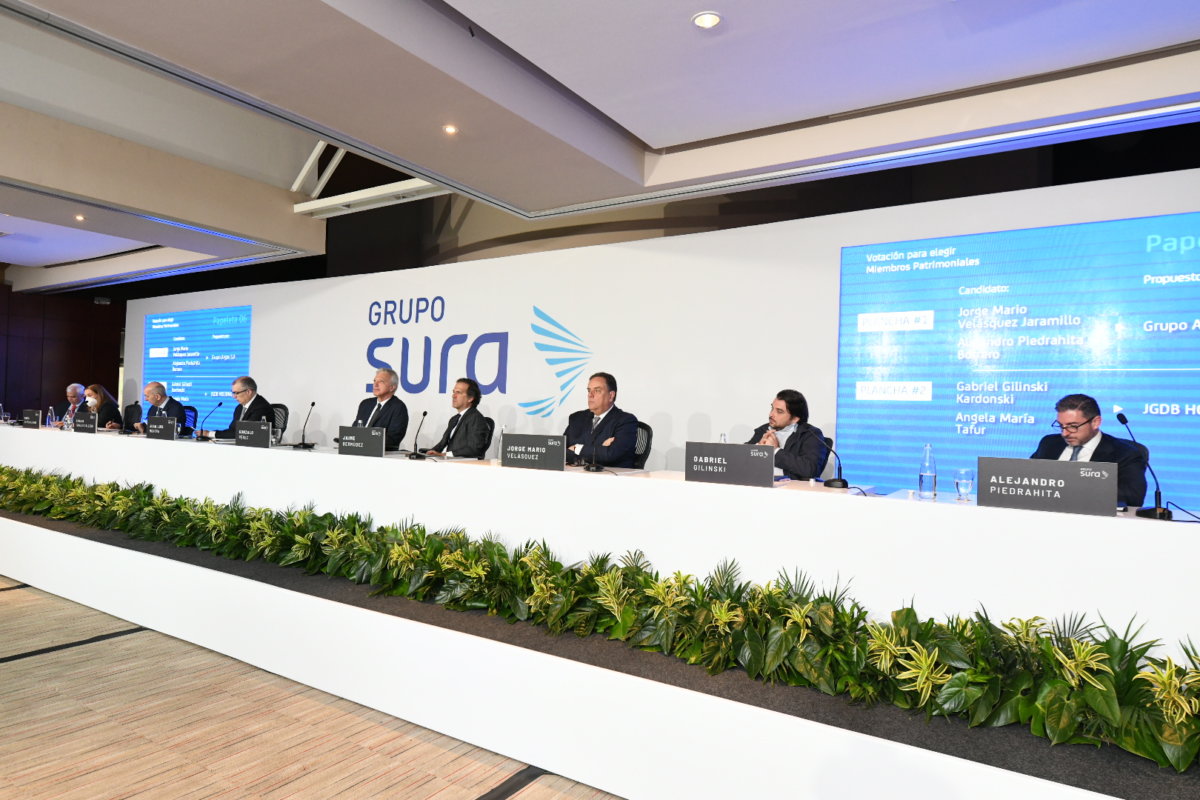 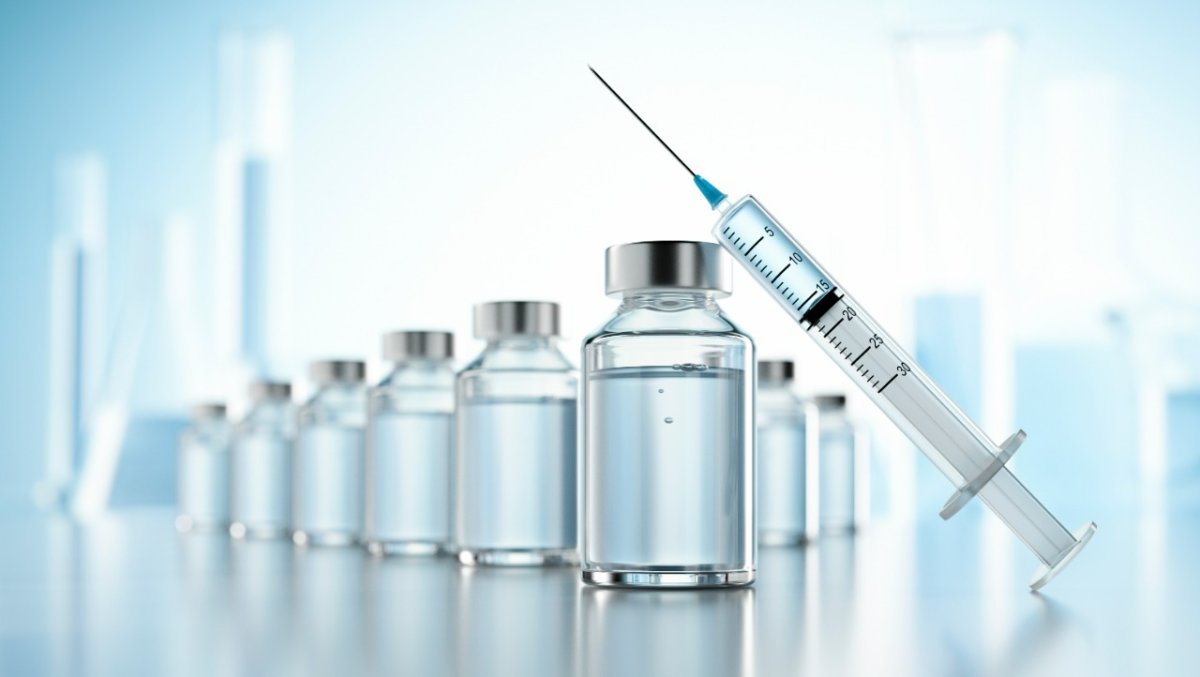