Currently serving as Grupo SURA’s Chief Social and Human Development Officer, where she spearheads the Company’s strategies in terms of Human Talent, Corporate Responsibility as well as Communications and Corporate Identity with the aim of enhancing the Company’s relationship with the environment and driving a harmonious level of social development.

She graduated as a Social Communicator-Journalist from the Universidad Pontificia Bolivariana in Medellín, and holds specializations in Economics (Universidad de los Andes, Bogotá) and Political Studies (Universidad EAFIT, Medellín).

She previously served as Head of Grupo SURA’s Communications and Corporate Identity Department between 2008 and October 2020, where she led the SURA brand’s reputation and expansion strategy in all nine Latin American markets where we are present. Prior to that she held the post of Head of Public Communications for the Governor’s Officer of Antioquia, as well as Director of Communications and Marketing for the Consejo de Competitividad de Antioquia (the Competitiveness Council of Antioquia)

She also sits on the Boards of Directors of our SURA Foundation in Colombia, Mexico and Chile as well as other entities that receive the support of our Organization. She is also a member of the SURA Cultural Committee, which steers all those initiatives taken by the Organization as part of its commitment to art and culture. 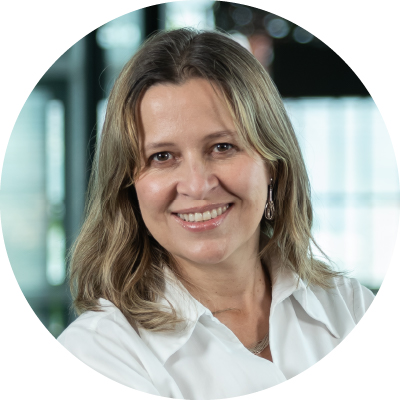 connect to the webcast